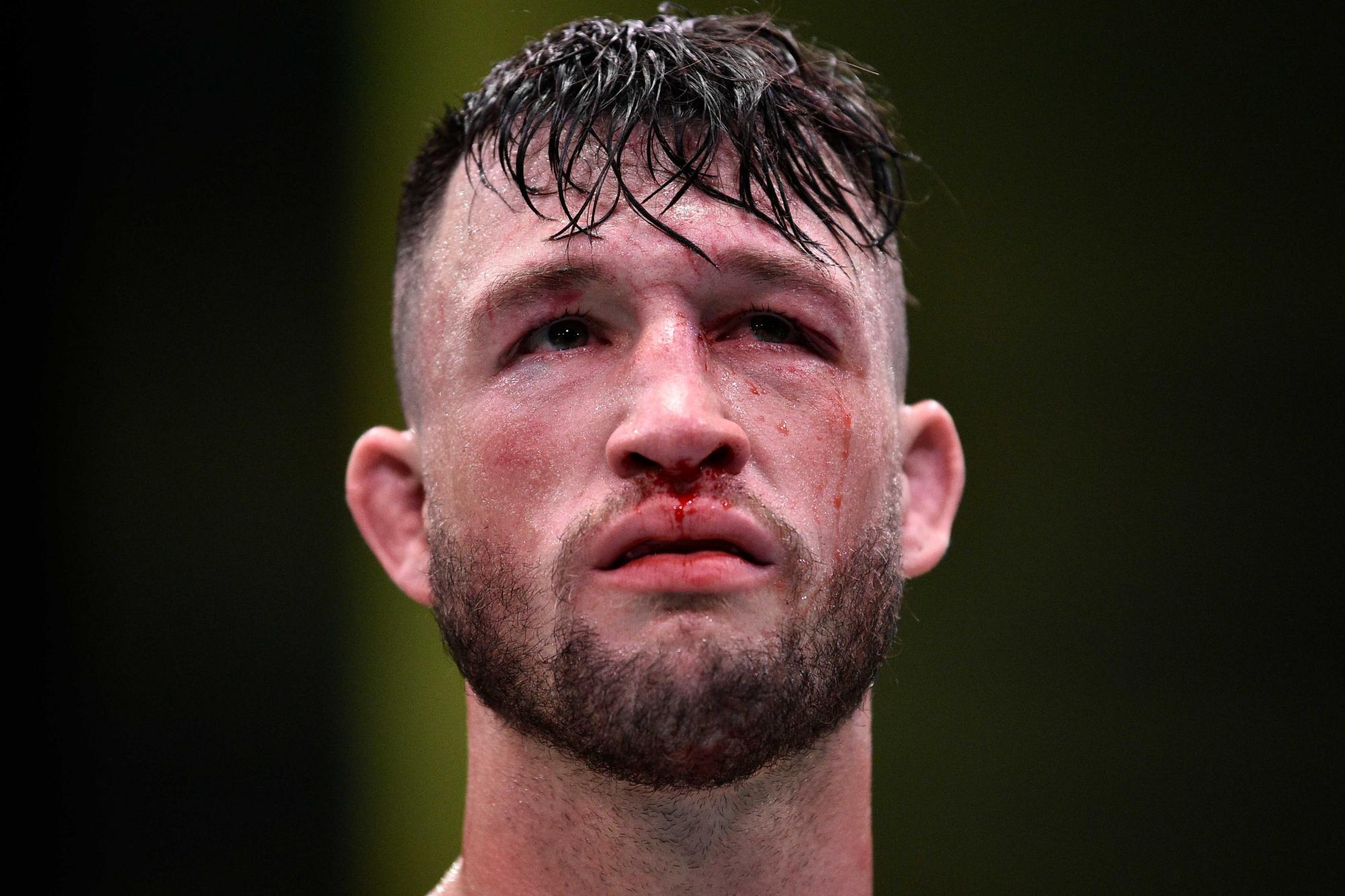 Julian Erosa Never Gave Up On His UFC Dreams And He's Ready To Take Advantage Of The Opportunity At UFC Fight Night: Blaydes Vs Lewis
By THOMAS GERBASI, ON TWITTER @TGERBASI • Feb. 19, 2021

After 33 professional fights, Julian Erosa is fairly confident in who he is when the mouthpiece is in and the four-ounce gloves are on. He’s also a considerate young man, so before he steps into the Octagon to compete, he has a bit of a spoiler alert for his team.

“I tell my coaches all the time that there's gonna be a time in a fight where technique's gonna go out the window, I'm gonna throw caution to the wind and I'm probably gonna duck my head and chuck some punches,” laughs Erosa.

And while that might give his coaches gray hair or remove that hair altogether, it’s a prime reason why that on a 14-fight UFC Fight Night card in Las Vegas Saturday night, Erosa’s featherweight bout against Nate Landwehr just might steal the show, and “Juicy J” knows it, even if that time when he tosses the game plan doesn’t always go in his favor.

“It might work out good for me and it might not, but I think that's something that Nate will also do,” he said.

Now that’s one hundred percent accurate, because if anything, the game plan from “Nate the Train” usually starts with throwing caution to the wind, making this as old school of a fight that you can get in the modern era of MMA. It’s two vets who came up the hard way getting the big show spotlight all to themselves and not wanting to waste that moment. 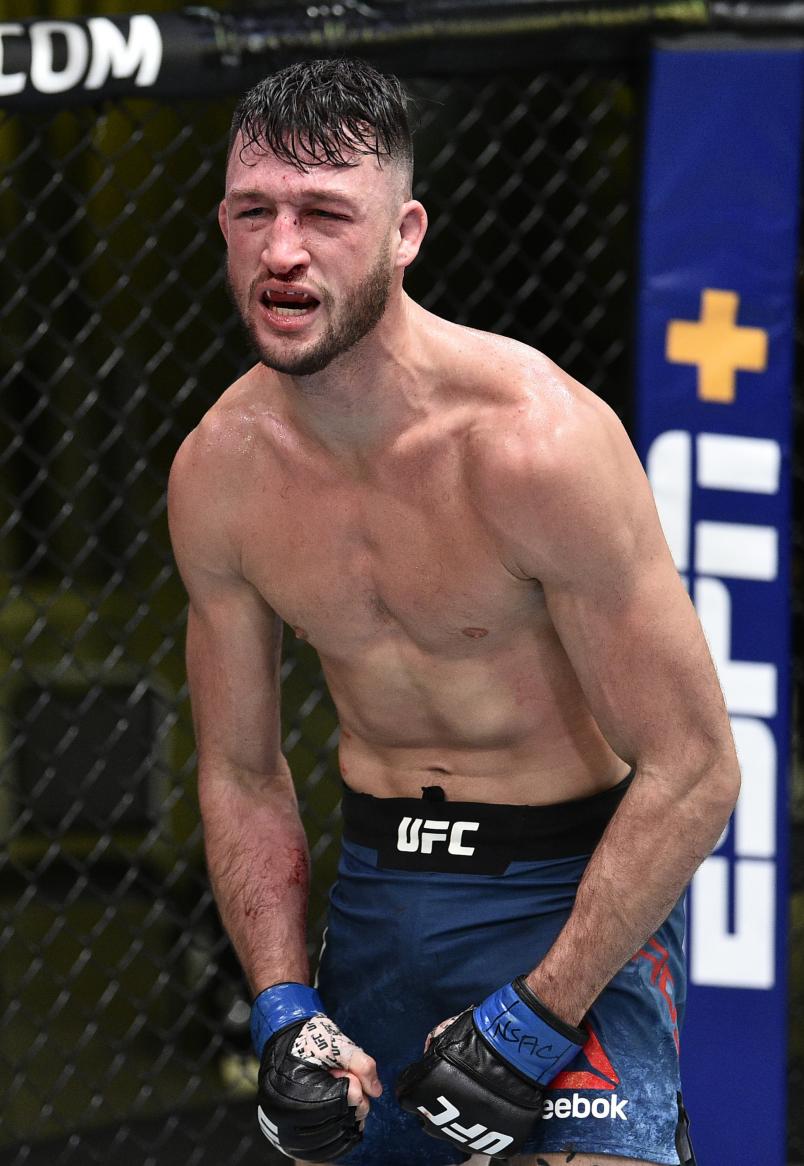 Julian Erosa celebrates after his submission victory over Sean Woodson in their fight during the UFC Fight Night event at UFC APEX on June 27, 2020 in Las Vegas, NV (Photo by Chris Unger/Zuffa LLC)

“Oh, one hundred percent,” Erosa said. “Even watching the last Nate fight when he fought Darren Elkins, you can just tell he's one of those gritty guys and you know that he's not gonna take 'no' for an answer. He's going to be in your face, he's going to be willing to die that night to win that fight, and that's the same kind of mindset that I've always had. And I think it's because me and him are those type of guys, just grinding through the regional circuit and fighting these dudes - doesn't matter who it is, when it is, how it is, we're willing to do it.”

It was on the tough regional circuit of the Pacific Northwest that Seattle native Erosa made his bones in the fight game and built a reputation as a fighter to watch, even if it wasn’t during a time like today, when practically every local show is streamed online somewhere.

In 2015, the 14-2 Erosa got a spot on season 22 of The Ultimate Fighter, making it to the semifinals. That should have been a good jumpstart to a UFC career, but after winning his debut over Marcin Wrzosek, he lost his next fight to Teruto Ishihara and was cut. 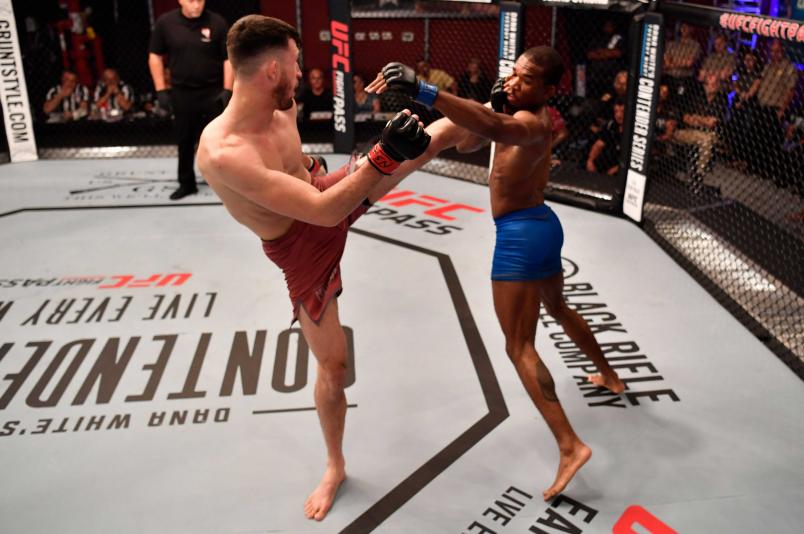 Eight fights and six wins later, he was on Dana White’s Contender Series in 2018, and a second-round knockout of Jamall Emmers put him back in the big show. Three consecutive losses and another release followed.

Certain that his days in the UFC were over, Erosa went back to the regional scene but was told by his manager, Jason House, to stay ready because the COVID-19 pandemic was going to likely produce a need for fighters to step up on short notice.

Erosa listened, he got the call for a short-notice bout against hot prospect Sean Woodson last June.

“I fought a lot of guys and paid my dues,” he said. “I've been around the block and I knew I was going to be a big underdog, just based on my track record in the UFC and that Sean Woodson was coming off some good wins. But people don't really understand and they don't see all the stuff you're doing behind the scenes.”

Erosa knew what he could do, though, and he went on to score the biggest win of his career, as he submitted Woodson and picked up a Performance of the Night bonus in the process.

With less than a week's notice, @juicyj_erosa pushed the pace for three rounds and sunk in this D'arce choke to finish it off at #UFCVegas4 pic.twitter.com/kIdxwdzB9q

Needless to say, he wanted to strike while the iron was hot and get back to work ASAP, but he got hit with the coronavirus and was sidelined for a couple months as he recovered. But now back to a hundred percent, Erosa is ready to go. No, he’s not talking featherweight titles – not yet, at least – but he is prepared to put on a show for the fans, get past Nate Landwehr, and then worry about what’s next.

“It's one fight at a time in my mind,” he said. “I'm thinking about beating Nate, and then I'm thinking about the next fight after that. I hardly even think about what I'm doing tomorrow, let alone anything else.”

Erosa laughs. It’s the laugh of a veteran who knows the fight game better than most.