Allan Nascimento Is Here To Be His Best

UFC Flyweight Allan Nascimento Is Excited To Put On A Show At UFC Fight Night: Blachowicz vs Rakic
By Gavin Porter, On Twitter @ItsGavinPorter • May. 13, 2022

Competing against the best is why Allan Nascimento is in the UFC.

The Brazilian flyweight made his UFC debut in Abu Dhabi against Top 15-ranked Tagir Ulanbekov, and that’s one heck of an opportunity, as not many fighters get to make their promotional debut against someone with a number next to their name.

Nascimento almost made the most of it. His fight with Ulanbekov was uber close and, in the end, the judges decided to give his opponent the split decision nod. It was a disappointing moment for Nascimento, but he didn’t dwell on it for too long.

He decided to put all that energy and motivation into the lead-up to his next bout, which comes this weekend against Jake Hadley.

“I had the best camp to do this fight on UFC Fight Night,” Nascimento told UFC.com. “I came here to make a war.”

The reason that Nascimento is looking to make this flyweight bout with Hadley “a war” is that he felt like there were moments in his last fight where Ulanbekov was just trying to hang on for the win instead of fighting him.

“My last opponent, Ulanbekov, held me on the floor and maybe didn’t fight with me, so now I come with a different mindset for this fight,” Nascimento said. “In my last fight, to me, I was more aggressive, but I still lost by a split decision.” 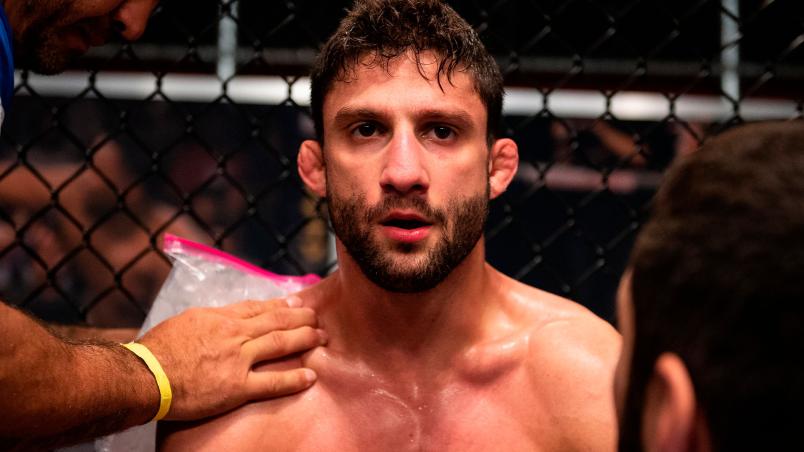 Nascimento has been training with former UFC lightweight champion and current number one contender Charles Oliveira for years. The two fighters have a great friendship and share a similar mentality on how they approach a fight.

“Charles is the best guy who I train with; he’s the champion. We have trained together for a long time, and he was with me for a ton of my camp. He’s a good friend,” Nascimento said. “I came to the UFC to show my best. I am just so happy to fight. I like to be inside the Octagon and to make a great fight.”

Nascimento has watched Oliveira rise to the top of the sport and become one of the most exciting fighters to ever step into the Octagon. If Nascimento can demonstrate that he has heart and determination like Oliveira and put on a thrilling performance, he’ll be more than happy with the result this weekend.

“Saturday is my second fight in the UFC,” Nascimento said. “But I’ve been training all my life to be here. It’s another guy in this fight and I have more skills to show in this fight. I came to make a show for the public watching either on TV or in the UFC APEX.” 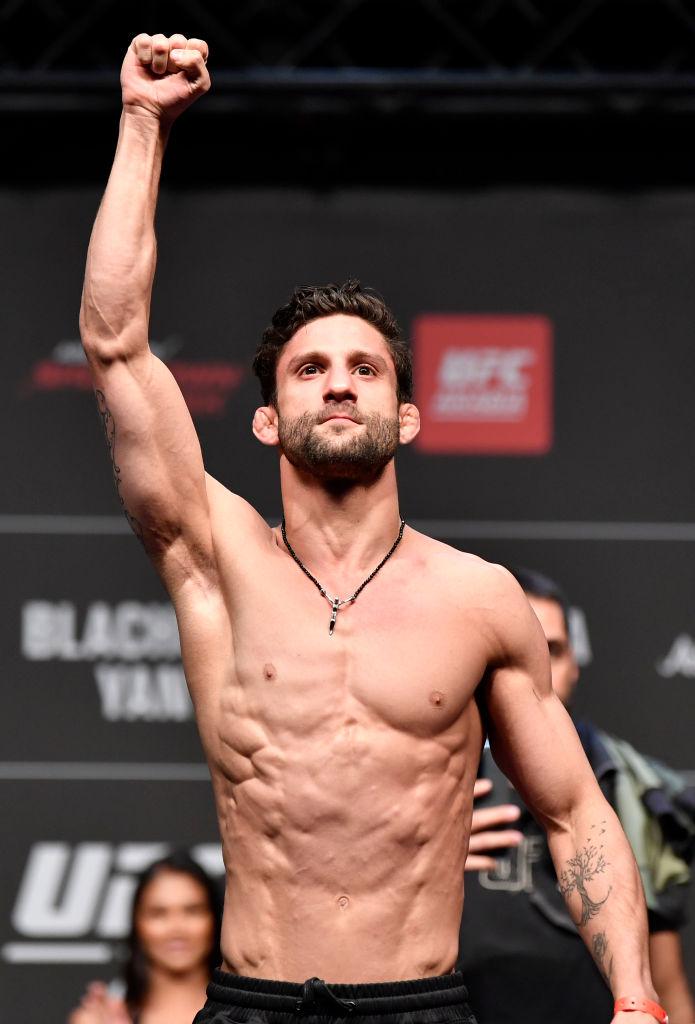 Hadley is making his own UFC debut and is hoping to make up for missing weight when he competed on Dana White’s Contender Series. With the pressure on Hadley, Nascimento believes that fans can expect a high-paced fight that’s competitive everywhere. Both Nascimento and Hadley are confident grapplers, who control the fight and utilize a variety of submissions to overwhelm their opponents on their way to victory.

A win over an undefeated fighter like Hadley, who has a decent amount of hype behind him, could get Nascimento knocking right back on the door of the flyweight rankings.

Fighters On The Rise | UFC Fight Night: Blachowicz vs Rakic

But if he is being honest, a ranking isn’t his goal. All he wants to do is compete with the best and be his best.

“When I win this Saturday, it will be a step,” Nascimento said. “I just want to go step by step. I don’t need a ranking now, I’m just coming to show my best in the fight."

UFC Fight Night: Blachowicz vs Rakic took place on Saturday, May 14, 2022 at the UFC APEX in Las Vegas. See the Final Results, Official Scorecards and Who Won Bonuses — and relive all of the action on UFC Fight Pass.

The Irish boxing sensation arrives in Phoenix to enjoy his first live UFC event as a fan, and support his friend and training partner Tony Feerguson

Get Your SINGAPORE Tickets For UFC 275: TEIXEIRA vs…

With possibly the “biggest upset in UFC history”, champ Julianna Peña proved anything is possible. Are you ready for your next opportunity? @ZipRecruiter can help you find it.